So, the venerable Mike Perry asked me to include work in his new book, Pulled: A Catalog of Screenprinting. published by Princeton Architectural Press.

I owe the introduction to Dan Black at landland.net, my former roommate, who suggested my inclusion.  Dan. Can’t thank U enough.

Anyway, the book came out late last month.  I bought a copy yesterday and it is so well made, shot, and currated wisely.  I am humbled to be included in the same pages as Aesthetic apparatus, Landland, Seripop, Sonnenzimmer…and a bunch of others. 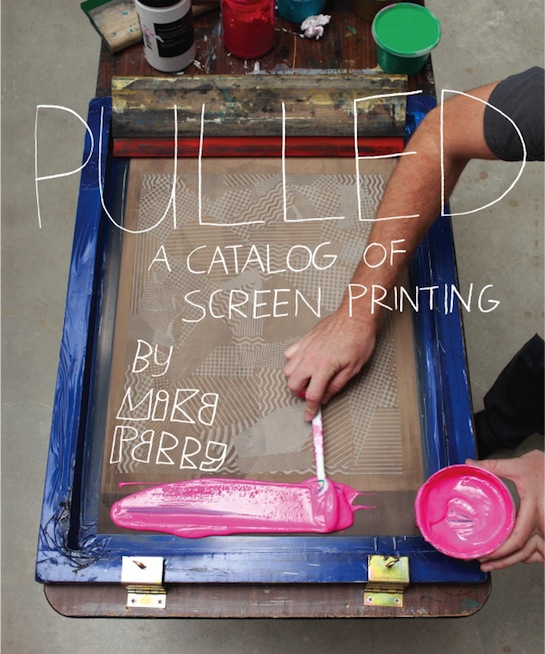 There is a book release party and art show…my work will be included.  here’s the info.

3rd Ward will display nearly all the works from this ground-breaking book, including boundary-pushing artwork from Aesthetic Apparatus, Deanne Cheuk, Steven Harrington, Maya Hayuk, Cody Hudson, Jeremyville, Andy Mueller, Rinzen, Andy Smith, and other artists and graphic designers from around the world.

Mike Perry is an artist and best-selling author (Hand Job, Over and Over). He was chosen as Print magazine’s New Visual Artist award in 2008, a “Groundbreaking Illustrator” by Computer Arts Projects, and works regularly with editorial and commercial clients including Apple, The New York Times, Dwell, Target, Urban Outfitters, eMusic, and Nike.

With complimentary drinks from Brooklyn Republic and music from DJ King Pop.

and here’s the poster.  with my test print on it. 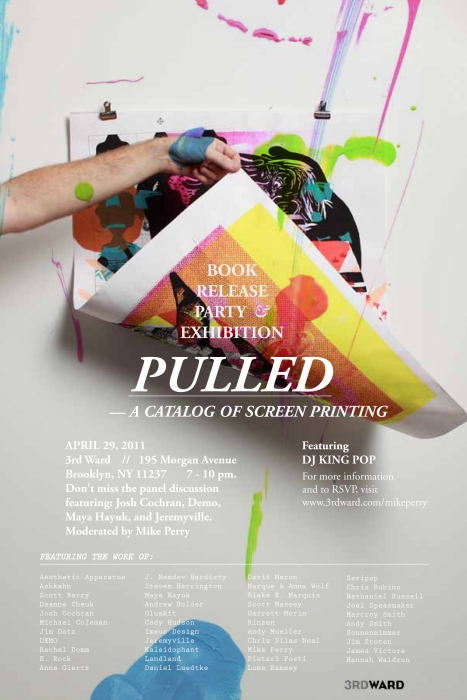 Daniel Luedtke is a self-taught printmaker / artist / musician from Minneapolis MN. His brightly colored, graphicly bold prints utelize geometric abstraction paired with ubsurdist figurative elements that are often inspired by feminist politics, folk art, and kitsch. He got his start printing posters for his band Gay Beast back in 2006 and has since gotten many poster, packaging, and merchandise commissions. After completing a few printmaking residencies in 2008 and 2009 his focus has tended more toward fine-art printmaking, creating larger prints and installations for shows both in the u.s. and abroad.